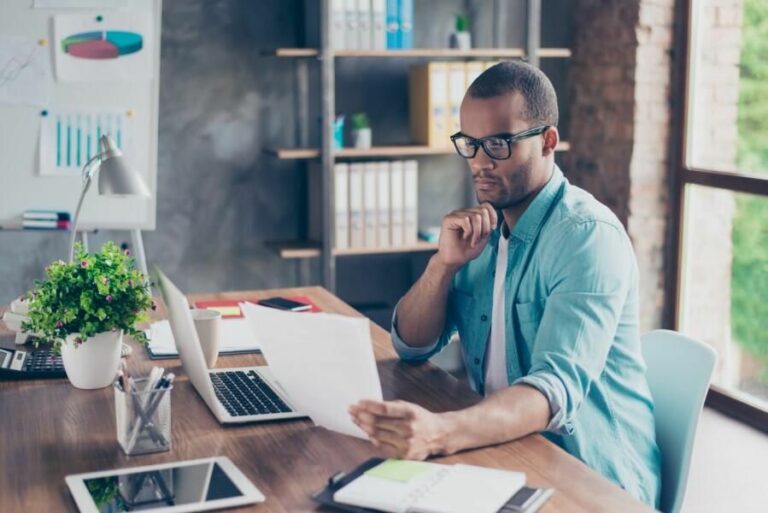 Apple released iOS 16 in its most recent generation during its WWDC keynote In 2022. Apple’s main goals for this version of iOS are to add new intelligence tools, communication features, and sharing features that protect privacy. Both corporate and non-business contexts may make use of many of these characteristics. Let’s look at the features in iOS 16 and how you, your devices, and your processes may benefit from them.

The most recent version of Apple’s iOS mobile operating system, which runs on iPhone devices, is called iOS 16. Check the list below to see whether iOS 16 will function on your device. It was unveiled at Apple’s WWDC ’22 conference and includes features and performance enhancements that will be accessible on a broad variety of iOS devices. This new version of iOS has a whole new Lock Screen design, widgets, new developer APIs, and a lot of other changes that are important for developers, corporate clients, and consumers.

What hardware is supported by iOS 16?

The majority of iOS 15-compatible gadgets will also work with iOS 16.

Here is a list of every gadget that is compatible with iOS 16:

Which brand-new features are included in iOS 16?

In iOS 16, Apple completely overhauled the Lock Screen, adding a new widget system that is similar to the screen customization choices on the Apple Watch and making alerts less disruptive to your everyday activities. It is simple to design and switch between several lock screens. Apple has already created a number of lock screens with animations and smooth home screen transitions. The new Lock Screen has several design elements, including photos and widgets, which give you unprecedented control over how your devices appear and feel.

You may customize the font’s size, colour, and position, as well as add a widget space beneath the clock, allowing you to view the most recent data from your favourite applications directly on the lock screen. In iOS 16, notifications also receive an upgrade. New alerts in this iteration of iOS pop up at the bottom of the display. Instead of bombarding you with alerts, Live Activities will let apps refresh your lock screen with real-time event information. 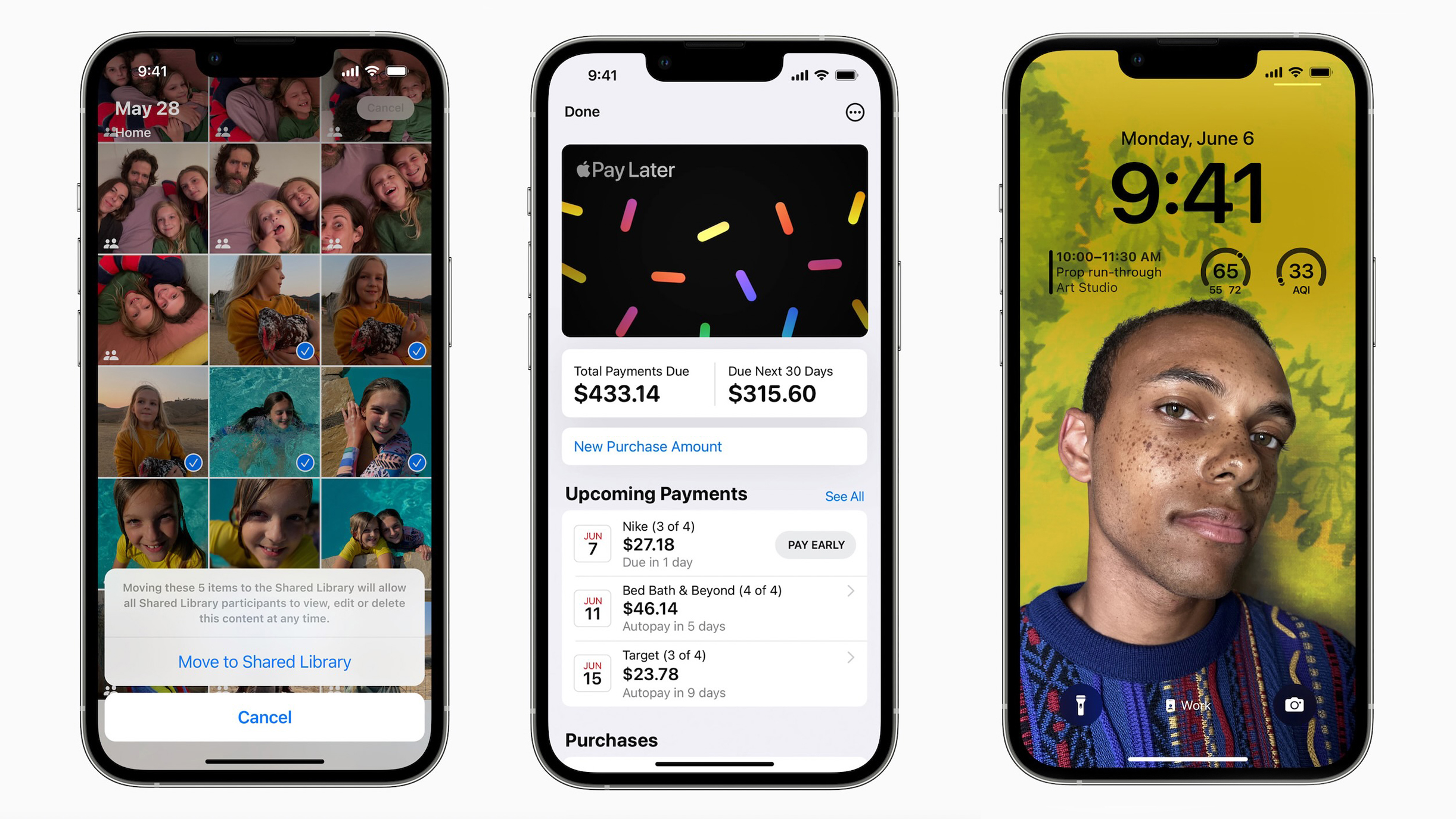 Focus Mode enables users to better separate their personal and professional lives by preventing interruptions from both while at work and when at home. So, Focus Modes in iOS 16 may automatically configure a specific lock screen, so you can have a separate lock screen for work, home, or other activities. When a certain focus mode is on, your apps may filter out distracting items using the Focus Filters feature, which will be made accessible to third-party developers. So that people don’t get tempted to do things like check social media while they’re at work, Safari was shown to have this feature and how to activate certain tab groups when Focus Mode is on.

Other communication updates include the iOS 16 unsend function. There are several improvements in iOS 16 that will improve communication and provide users with more options for handling it. Starting with Messages, the app will now offer the option to modify messages that have already been sent, undo a message that has already been sent, or flag message threads as unread so you can quickly return to them later. You may now touch Undo Send while sending an iMessage by long pressing on the message that has already been delivered. Users of iOS 16 can undo sending a message for up to 15 minutes after it has been sent by pressing the Undo Send button.

The same principles apply to editing:

With the help of the Apple Pencil, users can rapidly make a new note from any location in the operating system using the Quick Note function, which debuted on the iPad with iPadOS 15 last year. This feature has been requested by users to be introduced to iOS for almost a year, and Apple has complied by redesigning it to operate on the iPhone. For many built-in programs, Quick Note is accessible in the Share Sheet to quickly and simply make a new note using an attachment, but with iOS 16, Apple has included a new Control Center option to instantly create a note from anywhere. By selecting Settings | Control Center and hitting the plus (+) button on Quick Note, you may enable the option. When you do this, the Control Center will have a new Quick Note button that you can swipe down to access. Tapping this button will launch the Quick Note window.

Family Sharing customers will get access to a brand-new independent picture library called the iCloud Shared Photo Library, which will make it simple for up to five people to exchange images with one another. All users that are invited will be able to read and write in the shared library. Users who are in the images personally or using the Camera app, which now allows users to choose which library they want the shot to be taken to be stored in, may automate uploading into the shared library. In order to ensure that images shot with shared users are automatically synchronised to the shared library, you may also adjust the camera’s library mode based on nearby shared users. This is a big help for people who want to make it easier for family members to share photos.

With iOS 16, Apple continues to enhance privacy across all of its platforms. Apple is launching a brand-new function this year called Safety Check. If you need to leave an abusive or physically dangerous situation and you know the person with whom you’ve shared your whereabouts or other details is an abuser, you may want to revoke access from them.The Find My Access function will be disabled, your sharing permissions will be reset, and only calls, FaceTime, and messages will be permitted on the device you are now using. The iOS 16 Safety Check privacy feature will also show you a list of all the people you are currently sharing information with. This will help you figure out which users you no longer need to share with and stop doing so.

In iOS 15, Apple started allowing users to utilise their supported state driver’s licences in the Wallet app. In iOS 16, Apple is going one step further and enabling users to verify their driver’s licence for purchases or access to applications through an in-app ID verification flow. Numerous other forms of data, such as hotel keys, HomeKit accessories, and more, may be kept in the Wallet app. Starting with iOS 16, users will be able to share these keys with others using a method that is industry standard and compatible with other devices, even if the recipient doesn’t use iOS.

Order status and the opportunity to pay later round out the main features of the Wallet app. Installments for purchases can be divided into four payments over a six-week period with no interest or fees using the Apple Pay Later function. Every Apple Pay merchant will support this capability, and retailers will not notice any differences on their end. Apple Pay Order Tracking will let stores tell customers how their orders are going through the Wallet app.

In iOS 16, Apple Maps offers access to more transportation data, including the option to recharge transit cards directly from the Maps application. Routing with multiple stops and new MapKit connectors for third-party apps are two of Apple Maps’ most notable iOS 16 innovations. You may write driving instructions on a Mac, iPhone, or iPad, share them with your iPhone, and include up to 15 stops along the route of the drive.

While using Siri to plan your route, you may also add extra stops. Apple’s MapKit API enables map functionality in third-party programmes. With the addition of more detailed maps that Apple has started releasing globally and the potential for third-party applications to integrate with Apple Maps’ Look Around function, it is receiving a significant overhaul. Developers who want to add maps to websites will also be able to use server-side APIs later this year.

Setup and distribution to family

This year, like in previous years, Apple updated its family sharing tools to bring new conveniences that enable families to remain in touch and set up devices for kids. With iOS 16, parents can more quickly set up devices for kids, have parental controls automatically adjusted based on the kid’s age, and frequently check settings to make sure the kid’s limits are always at the right level. Later in Fall 2022, when iOS 16 is released, these features will become available.

Apple’s response to the home automation market is HomeKit. At WWDC ’22, Apple reiterated its ambitions for Matter, a multi-partner approach to expand the selection of accessories and platforms inside the Apple Home app and guarantee cross-platform home automation. Apple also unveiled a revamped version of its Home app that makes it easier for non-technical people to add, see, and control various accessory timings; allows users to search for accessories by room; and displays cameras in a more logical 4-up perspective. Many users were disappointed with the last version of the Apple Home app, but this update will make users more interested and help them find accessories.

Users may connect their iOS smartphones to their cars using the CarPlay feature, which causes the infotainment system to show an interface designed by Apple. Users may utilise voice commands or basic touch commands from that interface to operate their iPhones while driving, minimising distractions. At WWDC ’22, Apple showed off its long-term CarPlay plan; this CarPlay approach will appear in a later update to iOS 16, and it will call on partner automakers to make improvements.

The next iteration of CarPlay will integrate with every display in the car, gathering real-time data from the engine, instrument panel, and speed, and displaying it on a screen with an entirely customised interface given by your connected iPhone. Apple stated that these features would start to appear in automobiles starting in late 2023, but the firm is putting the groundwork for their software support with iOS 16 this autumn.