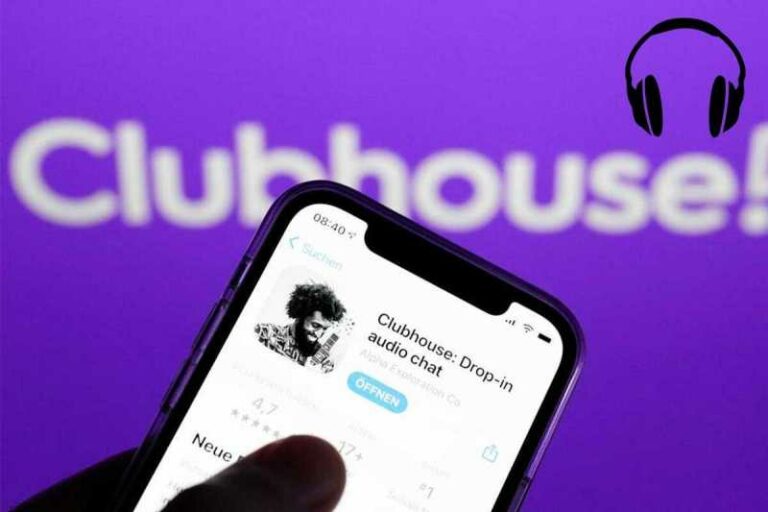 Clubhouse has nearly taken over the digital world, amassing more than 10 million members in only a few months. It’s one of those Facebook alternatives where you can engage with other users using your voice, and it’s given a new layer to social networking. While there’s nothing groundbreaking about it, the concept is intriguing.

All audio chats are open to the public, and anybody can listen in. Users are flocking to Clubhouse because of its innovative approach, and they’re eager for more apps like Clubhouse. Clubhouse has finally arrived for Android, but it is still an invite-only service. So, if you’re looking for some amazing Android and iOS Clubhouse alternatives, keep reading.

We’ve listed the best 10 Android and iOS apps like Clubhouse below. You may quickly scan the list below and select the appropriate app by clicking on the link. 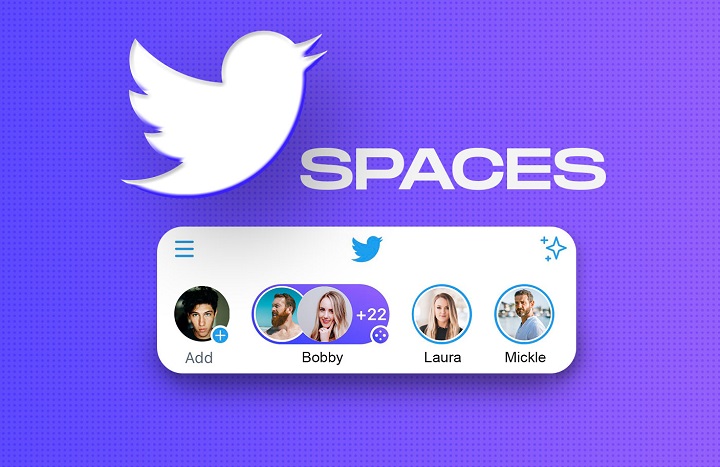 Following the introduction of Clubhouse, everyone seems to agree that Twitter should have been the audio chat social network’s forerunner. Why? It’s because Clubhouse works on the same idea as Twitter: nearly everything is open to the public. Twitter, on the other hand, had to be jolted awake by Clubhouse’s entry into the mainstream. Twitter has now announced Spaces, which is similar to Clubhouse but is incorporated into Twitter and works in tandem with Fleets.

Note that while any Twitter user can host a space, it is only available to people with more than 600 followers internationally. Starting Twitter Spaces is as simple as pressing the “Compose” button on Twitter and then selecting Spaces. Keep in mind that spaces, like Clubhouse, are open to the public, and anybody may listen to your spaces. You can, however, allow anyone to talk in your Twitter Space, including people you follow, or just those you invite. 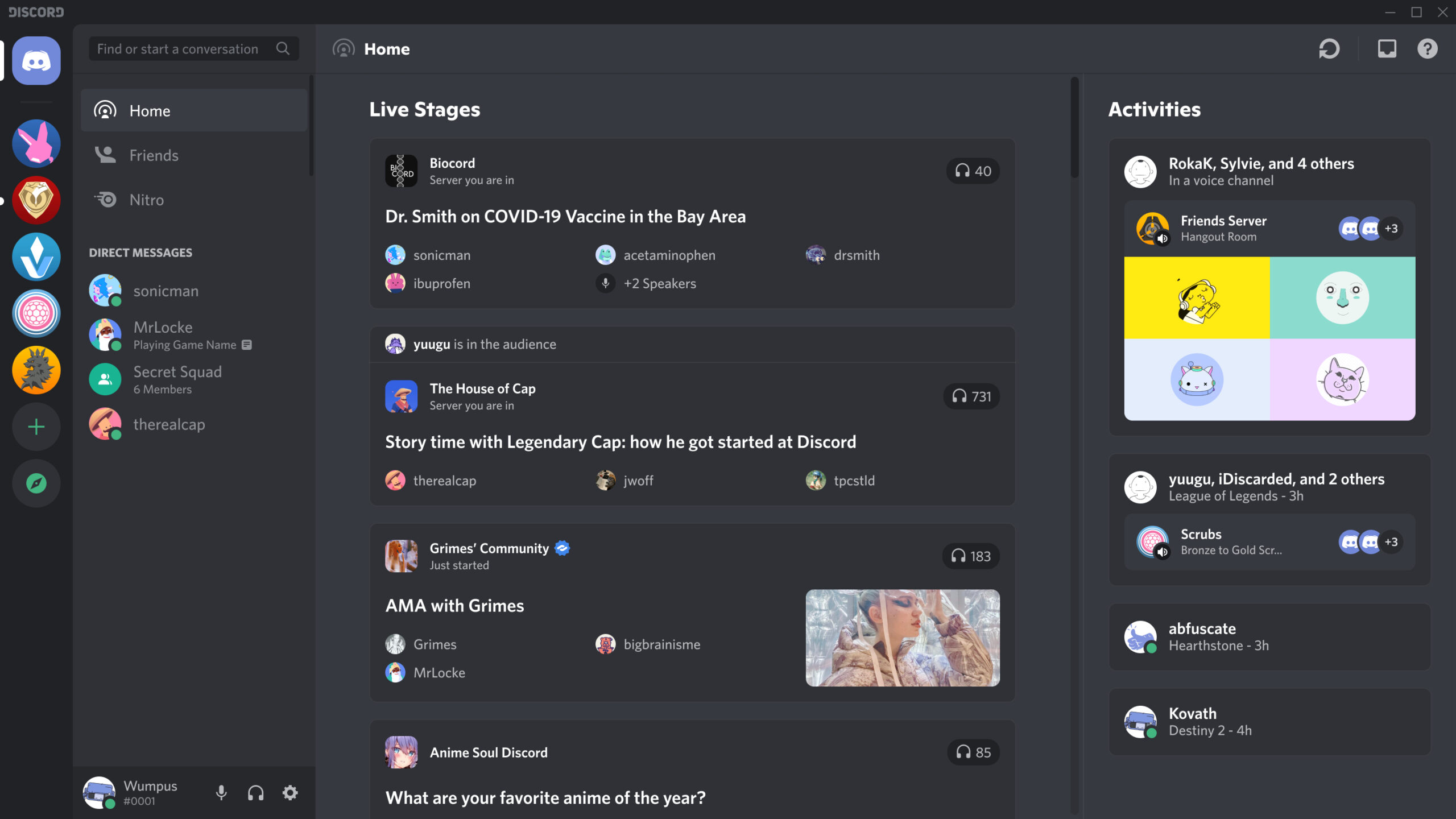 You’re missing out on a lot of fun if you simply use Discord for chatting or talking to your pals while gaming. Stage Channels, a Discord-based alternative to Clubhouse, is now available. It’s a new sort of Discord channel where you may invite others to conduct a public chat, similar to Clubhouse. It also comes with the same controls that Clubhouse does. The “raise hand” option allows listeners to make a request to the moderator, who can then choose to enable them to speak in stage channels. The moderator also has a lot of influence over the channel; for example, they may shift a speaker to the audience group, delete somebody from the channel, and so on. 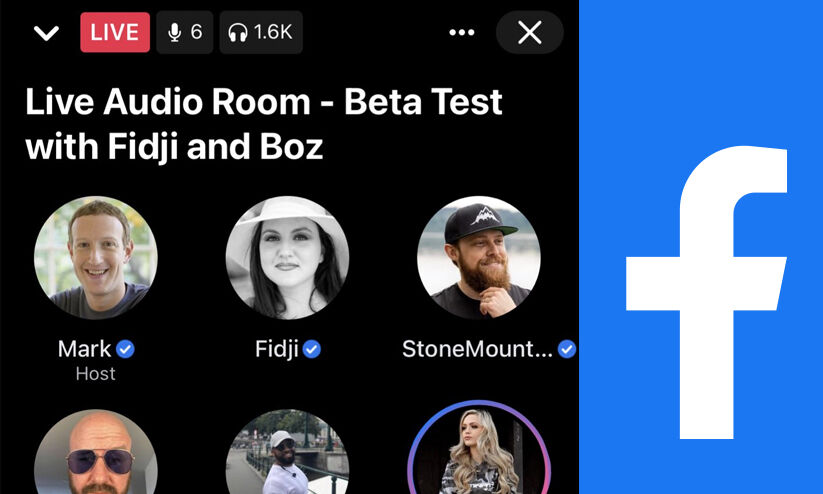 The premise is similar to that of Clubhouse in that up to 50 individuals can speak at the same time about a given topic. Plus, Facebook Live Rooms allows hosts to put up a fundraiser if they want to promote a cause, something Clubhouse currently does not allow. Facebook Live Rooms are currently only accessible in the United States to select prominent individuals and groups on Facebook for iOS. The firm hasn’t given us a date for when the function will be available to everyone, but we’re hoping it will be soon. 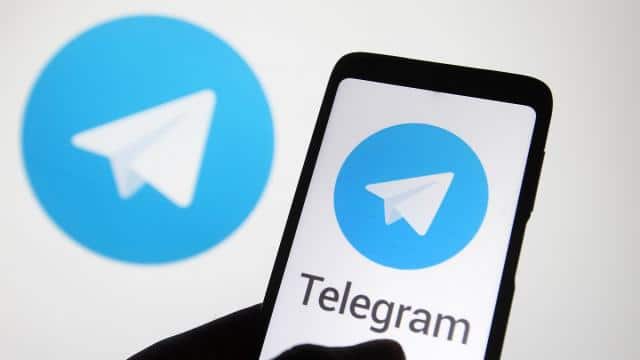 Telegram has jumped on the bandwagon and created “Voice Chat” to clone what Clubhouse does. It’s not a separate app; it’s part of the Telegram app. Only a group admin or channel owner has the ability to activate voice chat. Before you can start voice chat, you must first form a group.

Keep in mind that, unlike Clubhouse, which is open to the public and lets users search for audio conversations, Telegram does not. It’s only available to members of the group or channel. Of course, anyone may ask others to join the voice chat by sharing the invite link or adding them to a group. In my limited experience with voice chat, I found it to be somewhat unintuitive, although it may improve with future upgrades. To get a better understanding of how to use Telegram voice conversations, read our in-depth tutorial. Finding like-minded individuals through audio chat in a subreddit may be the best choice for those who use Reddit frequently, and may even be better than Clubhouse. This feature, known as “Reddit Chat,” currently only permits moderators to host a talk. The firm has signalled that it is testing the tool and that Reddit Talk may be rolled out to a wider audience. Reddit Talk, like Clubhouse, lets subreddit moderators initiate a public audio chat. Anyone can attend the discussion and make a request to speak. The user interface is very comparable to that of Clubhouse, which I enjoy. Overall, Reddit Talk is a great app with an audio social apps like Clubhouse if you are a member of Reddit. 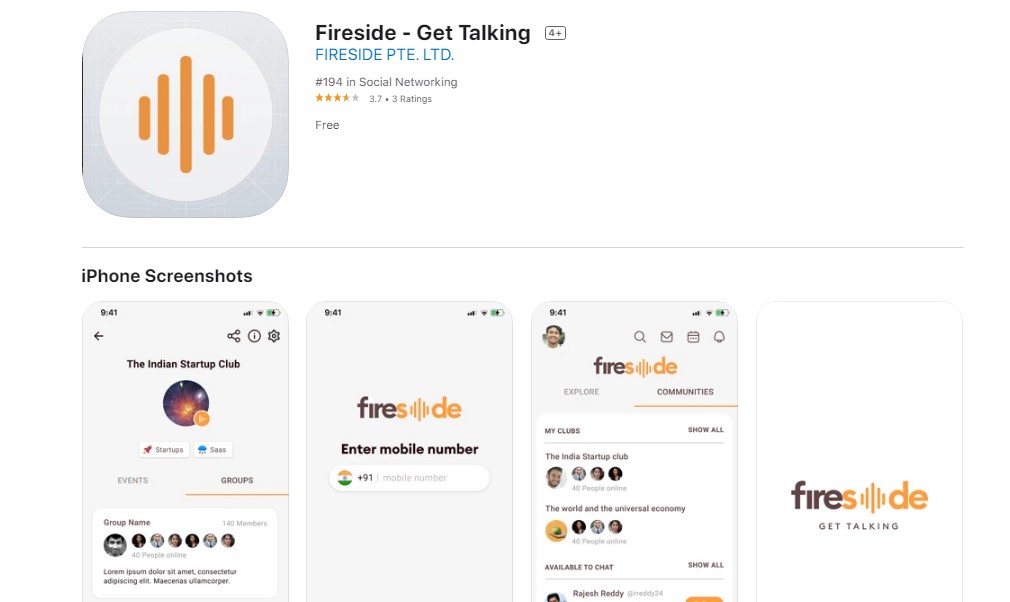 Fireside is an excellent choice if you’re seeking a Made-in-India Clubhouse alternative. It was created by the same team that created Chingari, an alternative to TikTok for Indian users. When it comes to Fireside, it has a remarkable resemblance to the Clubhouse and functions similarly. I must add, the user interface is quite nice. It is divided into three sections: active chat rooms, finding COVID support and resources, and searching for communities. As is customary, all audio chats are open to the public, so anybody can join and listen in. You also have access to all of the controls you’d expect from an audio-based social networking app. Fireside now supports the following languages: English, Hindi, Tamil, Telugu, and Kannada. 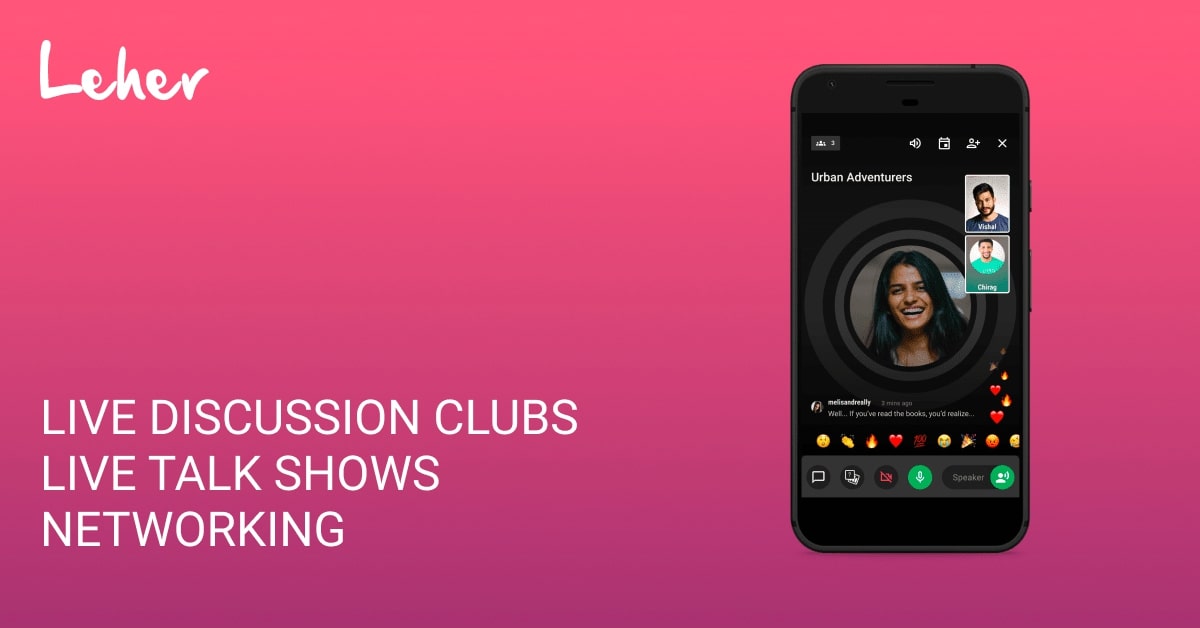 Leher is an app that has been accessible on the Play Store since 2018 and aims to provide a similar experience to Clubhouse. “Live Discussion Clubs on Audio and Video” is how the software describes itself. Clubhouse only allows for voice-only conversation, but Leher allows for both audio and video chat. You also have a discoverable stream, similar to Clubhouse, where you may join clubs and listen to the discourse. You may also look for users, trends, and topics that interest you.

The nicest thing about Leher is that it’s open to everyone, unlike Clubhouse, which is now exclusively accessible by invitation. Leher also provides apps for both Android and iOS, which is fantastic. Aside from that, you can form your own club and create a gathering place for others with similar interests and opinions. 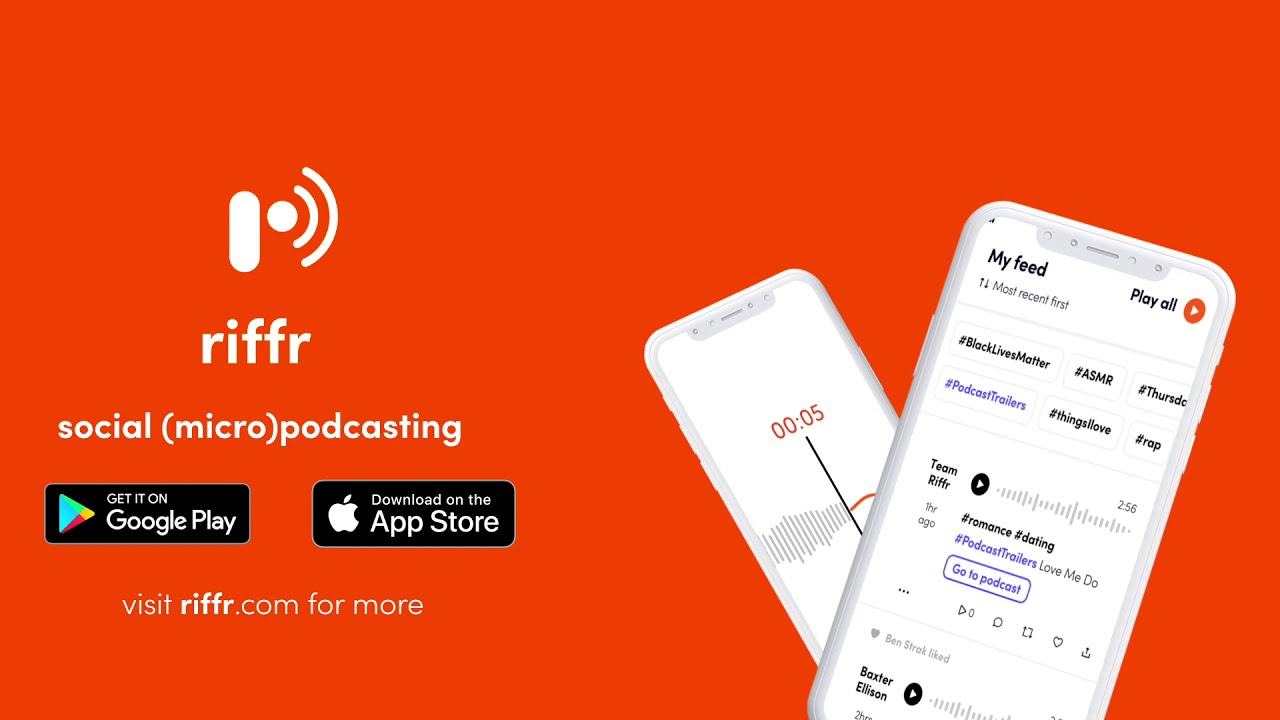 If you’re not familiar with Clubhouse, it’s a micro-podcasting platform rather than a new social networking site for audio-only talks. Riffr has been performing well in this micro-podcast section for the last few months. Your audio chats (called “riffs”) are public here, just like they are in the clubhouse, and they are more conversational. Your followers will be able to reply to your riffs, and you will be able to do the same. You may also look for themes, things you enjoy, and micro-podcasts that appeal to you.

Riffr offers a sharing tool that allows you to convert your audio riffs to video, allowing you to effortlessly share your micro-podcasts on various social media sites. Riffr may not be identical to Clubhouse in every way, but it does bring a fresh layer to the audio-only social networking craze. It’s something you should certainly look into. If you’re a die-hard podcast enthusiast, you’ll want to look at some of the top podcast apps for the iPhone instead. 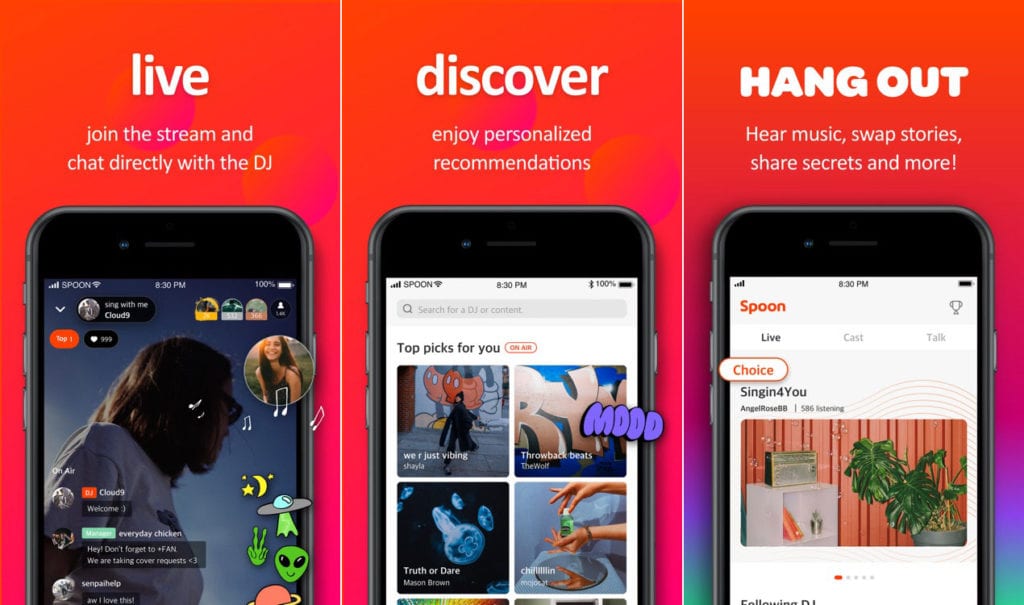 Spoon appears to be a good alternative to Clubhouse since it provides a searchable public platform where anybody may drop in and listen to live conversations. It claims that their audio platform has been used by 30 million people, which is fairly significant. Start your own audio live streaming, a music room, or a typical podcast session with your pals. Spoon, unlike Clubhouse, allows artists to earn money.

So, if you’ve been looking for an audio-only YouTube alternative, Spoon appears to be the YouTube of audio-chat social networking. Apart from that, you may browse and explore hot topics such as music, everyday life, games, comedy, and more. Overall, Spoon appears to be a decent place to start if you want to join the audio-chat hype train like Clubhouse. Finally, LinkedIn has revealed that it is developing a Clubhouse rival. According to LinkedIn, its audio networking function will let professionals have much-needed talks. However, it is unclear when the service will be available. In a similar vein, Spotify is developing a Clubhouse alternative. Locker Rooms was recently bought by a company that says it will change the app to make it better for people who want to listen to live audio.

So these are the finest audio-chat apps that compete with Clubhouse. You may select an app that fits your requirements from the list, whether you wish to have a casual chat or generate micro-podcasts. So go ahead and download an app to conduct audio conversations with your friends or followers. If you’re looking for the best chat apps, check out the post we linked to. If you have any further queries, please leave them in the comments area below.

Previous ArticleTop 10 Best Games Like PUBG For Android and iOS
Next Article TV Calibration: How to Calibrate Your TV In 2022