What are Android and iOS?

iOS is a mobile operating system that Apple Company provides. It is mainly developed for Apple mobile devices like iPhone and iPod Touch. IOS’s first version was launched in 2007.

Google LLC develops the Android mobile operating system. It is based on a modified Linux kernel and other open source software. It was created specifically for touchscreen mobile devices such as smartphones and tablets. Google launched the first Android version in 2008.

Why do people searching for Google Play Store Alternatives?

1) Google is no longer used:

Google is no longer used: If you quit using Google for privacy reasons, you will also be unable to utilize the Google Play Store, in contrast to YouTube and Google Maps, which work without a direct Google account. So you are in the market for a new alternative store and seeking the best option.

If you utilize Google Play, you should disregard the privacy concerns. Everything must be paid for. You pay with your privacy for all of the free apps you download from the Google Play Store. To use Google Play, you must own a Google Account. It keeps track of all the apps you’ve downloaded and the devices you’ve installed. Even if you’ve only had the app for a few seconds, you should know that Google has registered it. All of the apps you’ve downloaded are stored in the library. This is mostly done to save app data if you switch devices. On the other side, those who do not require this feature have other alternatives.

3) Not every app is available on Google Play:

One of the main reasons people are looking for new alternatives is that Google Play offers many apps but cannot accommodate them all. Some apps are only available to people of a specific age, while others are only available in certain geographic locations due to government regulations. This apps are not available in Google Play. It also prohibits the use of apps from other retailers on its platform. Furthermore, Google eliminates apps that break its rules and regulations on a daily basis.

APKPure is a free and open-source service that lets users download APK files (Android applications that can be installed once file is downloaded). It enables users to download region-specific apps unavailable on the Apple App Store or Google Play Store. The APKPure app store contains popular apps such as TikTok, PUBG Mobile, etc. The app version history is also viewable.

APK mirror is an app store application that allows you to download all the Android apps on your phone. It can be considered as best Google Play Store alternative. App purchases in the Google Play Store are available here for free. But if you look, you will notice that there are no specific Android apps in the APK mirror. However, you can download apps from their official site, which is good enough to be an alternative to Google Play Store. But if you are concerned almost safety, you may want to check out their blog before deciding. The application is completely free.

Aptoide is an open source application. It has an extensive collection of over 700 Android apps, including games, music, movies, e-books, etc. The interface is both high-tech and user-friendly. He worked on different networks and brought them together on one platform. This may cause concern, but the company says it is perfectly safe.

The Amazon App Store lets you download movies, games, and other apps for less than the Google Play Store. They have a variety of options for you to choose from. They have a unique and very diverse system, the free app of the day. That’s exactly what it looks like. Every day they make some paid applications free (for one day only), so users can download them for free. So if you visit the store every day, you’ll have free access to many high-quality premium apps. It looks really great. The security of the Amazon App Store is not a problem because a big company is behind it.

Mobogeny is the best alternative to Google Play Store. It offers you a large number of free premium applications. It can also track your tastes and preferences and make suggestions for different applications. In addition, it has an advanced recommendation system. So, if you are seeking one of the best Google Play Store alternatives, check it out here. This one probably won’t disappoint you because it’s free.

Appland is an excellent iOS app store alternative if you want to reach people in countries such as the United States, Indonesia, Iran, Bangladesh, Egypt, etc. It has conceptual clarity regarding distribution and income model, but app store support is quite prompt, making it worth your consideration.

AppValley is the best App store iOS alternatives. It offers one of the most comprehensive collections of free content and customized and unauthorized content for iOS devices such as the iPhone and iPad. You may also look at what else AppValley has to offer its consumers.

SlideME is a more established app store than the Google Play Store. It is the most commonly encountered app store as a substitute for the Google Play Store. After being reviewed, all of the apps displayed on the app are curated. Paid apps can be purchased using PayPal or Amazon Pay. SildeME provides free features such as SlideLock for application protection and in-app charging to app developers. The apps listed on SlideME are safe to use because standard application protection is implemented.

No one else can breach your privacy while using the Google shop, just Google. You can accept it or completely ditch the Google Play Store in favor of other options, but each has its limitations. Nothing is perfect. You can go to any third-party app store to download apps that aren’t available on Google Play. We can think of no other reason to abandon Google Play save for the desire to download premium apps for free. 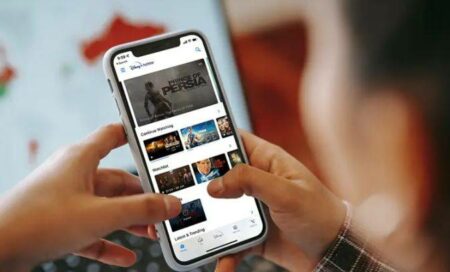 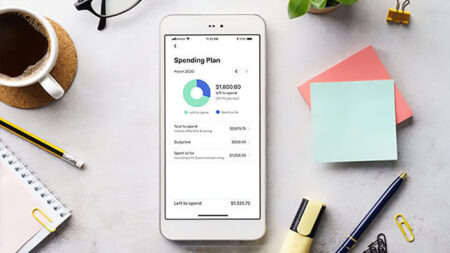 Top 5 Best Budgeting Apps You Should Try In 2022

How To See Your Google Chrome Saved Passwords

How To The Best Ways To Unblock Websites On Google Chrome

How To Disable Xbox Game Bar For Windows 11