Are you playing Minecraft on your PC and getting a Minecraft exit code 0 every time the game crashes? Have you tried rebooting your computer, yet the problem persists? This post will explain why the code 0 problem appears on your computer screen and how to resolve it.

You are not alone if you encounter Minecraft Exit Code 0 while playing Minecraft. Users have been experiencing issues with Exit Codes, as well as its relative, Exit Code 1, for quite some time. It also doesn’t appear to matter what hardware you’re running.

Table of Content hide
What is ‘Minecraft exit code 0’ Game Crashed Error on Windows?
Fix the Error Minecraft exit code 0:
1] Resolve any conflicts between programs
2] Graphics Driver Update
3] Make sure your Java is up to date
4] Disable mods
5] Install Minecraft again
Minecraft’s System Requirements
Close any applications that are incompatible
What is the best way to remove and reload Minecraft without losing my worlds?
Conclusion

When some Minecraft players try to start the game, they get an odd ‘Minecraft exit code 0’ error message. This issue is most commonly seen in the game’s PC edition. This has been proven in both modded and non-modified versions of Minecraft.

After doing thorough research into this issue, it appears that a number of distinct circumstances might be to blame for your PC’s failure to run Minecraft exit code 0.

What is ‘Minecraft exit code 0’ Game Crashed Error on Windows?

If you see Minecraft exit code 0 on your screen, it implies the game has quit your computer. This error is prompted in order to ensure that the game does not harm your computer. This issue can occur due to outdated Java, graphics drivers, and other factors. This issue can also occur if your machine is incompatible, particularly if your RAM is insufficient to run the game. 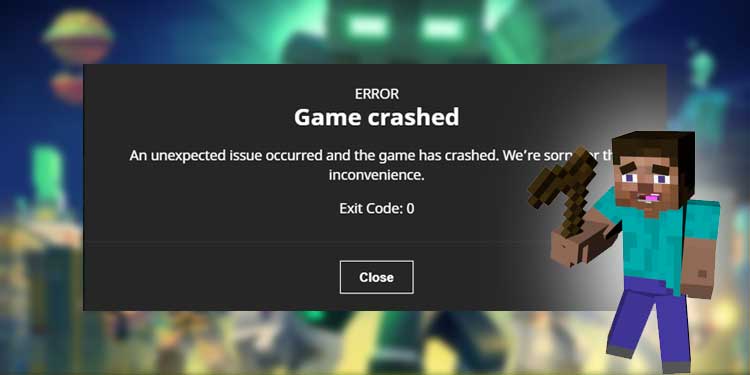 If Minecraft crashes with Exit Code: 0 on your PC, follow these steps to resolve the problem:

1] Resolve any conflicts between programs

On minecrafthoopers.net, there is a list of programs supplied by the Minecraft community, which contains all of the competing applications that can influence your gameplay. As a result, we recommend that you go through the list and close any such apps that are currently operating on your computer.

New drivers can boost your GPU’s performance, allowing you to play the game more smoothly. If you get this error code, you should upgrade your graphics driver and determine if the problem still exists.

3] Make sure your Java is up to date

If you’re using the Java edition of Minecraft exit code 0, you should upgrade it and see if the problem still exists. You may just go to your Java OEM’s website and get the most recent version. Restart your computer and open Minecraft to see whether the problem has been resolved.

Mods may be a great way to add some fun to your game, but they can also cause problems, and this is one of them. Minecraft exit code 0 can be fixed by removing modifications one by one and seeing whether the problem remains.

Finally, if nothing else seems to work, try reinstalling Minecraft. If you don’t want to lose your data, build a backup. Minecraft folder that may be found in the percent AppData percent folder. However, do not copy the options.txt file.

Hopefully, the methods provided will assist you in resolving the Minecraft exit code 0.

To run Minecraft, make sure your computer satisfies the following requirements:

Close any applications that are incompatible

We already know that some incompatible apps that don’t operate with Minecraft might cause this Minecraft exit code 0 and that list is expanding as new modifications are released. Before proceeding to the following procedures, verify your currently installed apps against a curated list of software that is known to interfere with Minecraft. Don’t worry, you won’t be asked to figure out which programs are in conflict.

What is the best way to remove and reload Minecraft without losing my worlds? 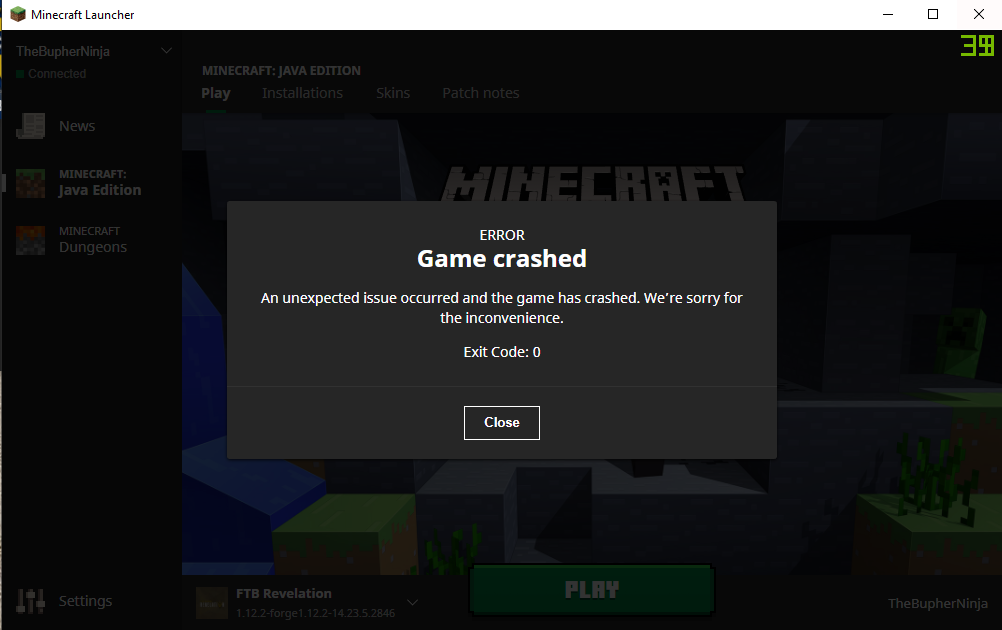 Now comes the last solution, which will almost certainly put an end to your misery: uninstall and reinstall Minecraft. However, if you want to save your worlds, make sure that the Saves folder in the Minecraft folder is moved somewhere else before uninstalling the game.

To remove the Java edition of Minecraft, hit the Windows and R buttons on your keyboard, then type percent AppData percent:

Finally, download and install Minecraft from the Windows Store, then rename the Saves folder and place it in the. Minecraft folder in the appdata% folder.

Minecraft continues crashing, and many gamers are frustrated by the Minecraft exit code 0. On the other hand, troubleshooting is rather simple and quick if you know the reasons for the mistake. Hopefully, this approach was useful in narrowing down the problem and getting your game back up and running. We recommend that you do a virus scan on your computer since viruses might cause gameplay difficulties.