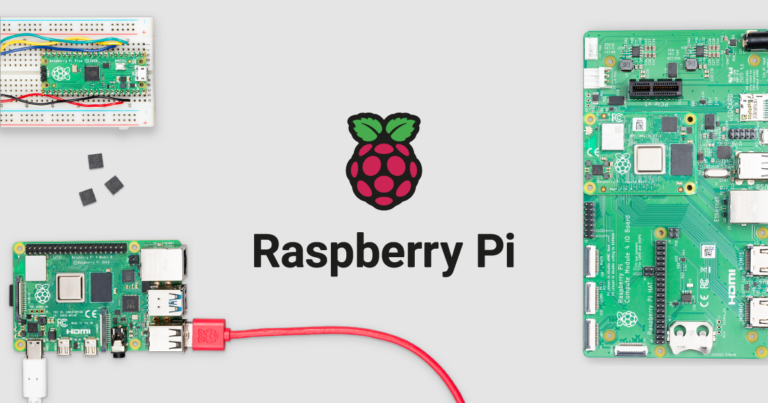 What is the best Raspberry Pi alternative? The ASUS Tinker Board S R2.0 is ZDNet’s top choice. But we analyzed the RAM, flash storage, and display ports on it and compared it with other single board computers (SBCs) below.

Raspberry Pi is a small development, low-cost board or computer that serves the purpose of computing and learning to program for all ages. It is used by beginners, hackers and artists for small scale projects and can be used as a desktop computer. One can browse the internet, watch high-definition videos, play games, create artificial intelligence (AI) assistants or record videos with it.

For many projects, dedicating an entire PC to a project is overkill. This is where single-board computers come in handy.  The best know SBC is, without a doubt, the Raspberry Pi. It’s known the world over for its versatility, low power consumption, reliability, and ease of use. But there are a number of Raspberry Pi alternatives to the Raspberry Pi available that can be used to bring their own uniqueness to a project, whether you want more performance, AI, VR support, or a board that is rated for industrial use. Or maybe you want something smaller than the Raspberry Pi! Let’s take a look.

Here is the list of top 10 the best Raspberry Pi Alternatives Reddit in 2022. Take a look please:

The Onion Omega2+ is one of the cheapest IoT (Internet of Things) single board computers with a Linux Operating System and built-in WiFi. It is designed in a way that users of all skill levels can build their hardware applications. Plugging Omega boosts the operating system immediately, and one can start developing in their programming language or create web applications.

The Banana Pi M3 has an Octa-core processor with a PowerVR GPU and 2GB RAM. An open platform device is ideal for people who want to learn and create projects with developer technology. It has a built-in microphone and IR receiver and power and reset buttons.

It has Gigabit Ethernet along with SATA, 2 USB, Wi-Fi, Bluetooth and HDMI connection. Many operating systems like Ubuntu, Android, Lubuntu, Debian and Raspbian can run on it. It operates at 5V, 2A and has CSI camera interface with DSI display interface.

The NanoPi NEO4 is a cheap six-core single-board computer with a size of 60x45mm and a 1GB DDR3-1866 RAM. Powered by Rockchip RK3399 chipset, it combines dual and quad-core Cortex processors. The tiny size will help embed it easily into hardware projects, and it supports multiple operating systems like Android, Lubuntu, FriendlyCore, FriendlyDesktop and Armbian.

NanoPi NEO4 includes an eMMC socket, and the board can support up to 128 GB microSD cards. It has four USB ports, an HDMI port, and Gigabit Ethernet. It requires a 5V/3A power supply and is ideal for machine learning, AI, robots, industrial cameras, games blockchain, etc.

The Odroid XU4 has powerful and energy-efficient hardware with octa-core Heterogeneous Multi-Processing ARM CPU and 2GB of high-speed RAM. It is built around a Samsung Exynos5422 SoC and has an HDMI 1.4 supporting 1080p output, 3 USB ports, Gigabit Ethernet, and a 30-pin GPIO header. It can run a full desktop version of Ubuntu and supports Android and has a power button included.

Odroid XU4 supports eMMC 5.0 storage and includes a cooling system as well as a power adapter. It has a fast ethernet and excellent performance with faster booting, allowing users to browse websites, network and play 3D games.

The RockPi 4 Model C has a six-core Rockchip RK3399 processor and up to 4GB LPDDR4 RAM and supports up to a 4K display with a 60 Hz refresh rate. It has two external displays with a micro HDMI port and mini DisplayPort. There is a microSD card, an external NVMe SSD, or an optional eMMC module for storage. It also includes a 3.5 mm audio port, Gigabit Ethernet and a 40 pin GPIO interface along with MIPI-CSI2 connector for a camera.

RockPi 4 Model C is Wifi enabled and has a Bluetooth and USB port. It can be used to create retro gaming emulation arcade, building robotics and running AI frameworks for object recognition and machine learning.

Ideal for modern AI, the NVIDIA Jetson Nano Developer Kit has a quad-core ARM A57 CPU running at 1.43 GHz and 128 CUDA core Maxwell GPU with the memory of 4GB LPDDR4. It has a storage of 16 GM eMMC and runs on a power supply of 5 watts. It also comes with 4 USB ports and an HDMI 2.0 display.

This is a small, powerful computer that helps run multiple neural networks in parallel with speech processing, image recognition, object detection and segmentation. It supports many popular AI frameworks such as PyTorch, TensorFlow, Caffe and MXNet.

The Tinker Board S is a single board computer which offers great durability, stability and user experience for DIY projects and other purposes. It has a powerful quad-core ARM-based processor, the Rockchip RK3288, which provides better performance than other such boards. Similar in terms of looks with the Raspberry Pi, the board has a 2GB RAM, 16GB eMMC storage and a 1 Gigabit Ethernet.

It has a 40 pin GPIO colour-coded header block, which is compatible with Raspberry Pi. Along with 4 USB ports, HDMI port and Bluetooth, it also has CSI and DSI interface. The powerful and energy-efficient design supports next-generation graphics and can be used for gaming, computer vision, high-quality media playback, gesture recognition, image stabilisation and processing etc.

The Udoo Bolt V8 is a portable supercomputer that can go up to 3.6 GHz due to the AMD Ryzen Embedded V1000 SoC. It is nearly twice as fast as the MacBook Pro 13 for AR, VR and AI projects. Udoo Bolt has a 2x DDR4 Dual-channel 64-bit SO-DIMM socket with ECC support up to 32Gb 2400 Mt/s along with a 32GB eMMC 5.0 High-Speed Drive. It can deliver a fantastic gaming experience and has applications like AAA gaming, cryptocurrency mining, high-end VR, AI, IoT, Real-time Big Data analysis etc.

This one uses NXP i.MX6Q Quad-core CPU which has an implanted 2GB RAM. It supports remote LAN, Bluetooth, NFC, EDR, and GPS. Pixiepro incorporates multiple USB ports, HDMI display and a 3.5mm sound jack. It additionally brings support for double microSD cards. This one has additional 1 GB of RAM and more than one microSD card openings when contrasted with the Pi. It even incorporates a UMTS/HSPA+ 3G module with a SIM card opening, which is a far-fetched for the Raspberry Pi.

The Parallella PC is a superior, charge card measured PC in view of the Epiphany multi-center chips from Adapteva. Beginning at $99, the Parallella can be utilized as an independent PC, an inserted gadget, or as a part in a complicated server. The specifications inlcude16-center Epiphany RISC SOC, Zynq SOC (FPGA + ARM A9), Gigabit Ethernet, 1GB SDRAM, Miniaturized scale SD stockpiling, Up to 48 GPIO pins, HDMI, USB as well. This is not an exhaustive list of alternatives of Raspberry Pi. There are many others available. Although we have tried to cover the top-notch single board computers in this list, we may have left a few. In case there are any better than these, do let us know in the comments section below!

Although extremely popular, there is a tough competition to the original Raspberry Pi with the numerous raspberry pi alternatives as given in this article. Various companies are creating and releasing single board computers every year which have many advantages over the Raspberry Pi. However, the user should look at all the technical specs of each single-board computer and decide based on their use.

Why should you stop using a Raspberry Pi for everything?

To use the Pi as a full desktop computer, even with the latest model 3, is a nightmare. To begin with, it operates Linux, which has a steep hill to climb and is not recommended for beginners. Linux zealots believe that this year will be the year when Linux finally makes it to the desktop of the average user, but it never has and never will. Even with the new model’s performance improvement, you’ll still struggle to do routine chores. The minuscule delay between pressing a key and seeing it show on the screen will ultimately get to you.

How can I make my Raspberry Pi more powerful?

One thing to keep in mind while setting up a Raspberry Pi system is to use a dependable power supply. This should ideally be linked to a power supply adapter with a capacity of 2.5A. After you’ve figured out your power requirements, you’ll want to install a distribution that consumes as few resources as possible. Getting the most out of your Raspberry Pi requires keeping things simple, and various Linux distributions have been created with this in mind. If you need an internet browser on your Raspberry Pi, you’re probably already using Chromium, Vivaldi, or one of the lighter alternatives.